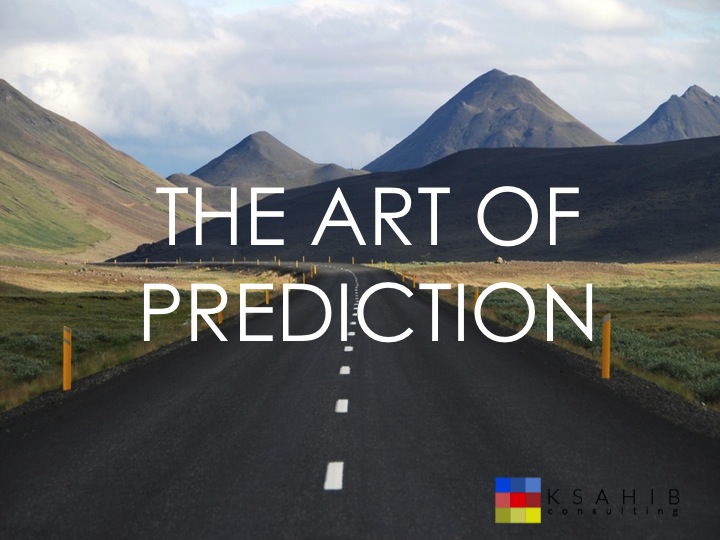 The majority of people—including industry and business leaders, experts, and pundits—are notoriously bad at making predictions. “We grasp irrelevant points, miss the big picture, and fail to change our minds when we should,” said Daniel Finkelstein in The Times.

Philip Tetlock, a researcher at the University of Pennsylvania who has studied this topic for the last three-decades suggests that so-called experts aren’t much better at making predictions than “dart-throwing chimps.”

In his most recent work, Tetlock examined people’s ability to predict world events, and found that only 2% of participants were accurate. This 2%, known as “superforecasters,” did not have any specialized knowledge or expertise and were on average, 30% more accurate in predicting events than experts.

So what does this mean for corporate leaders? Corporate leaders are expected to predict the future state of their industry and develop long-term strategy geared at meeting emerging customer and market demands. The odds are stacked against them that they will get this right. As Tetlock suggests, “Even when you are using the most sophisticated analytical techniques, you can only get so far in predicting the future. That leaves us frustrated, it’s unsettling.”

The bigger question is what is the underlying need to predict the future other than the glaringly obvious.

According to researchers, it is a sense of control. Martin Seligman, the founder of positive psychology, believes that, “Human beings have a passion for control, and if they lose their ability to control things they become unhappy, helpless, hopeless and depressed.” A study cited in a recent Harvard Business Review article, “looked at more than 3,000 CEO turnovers between 1993 and 2009 and found that CEOs were frequently fired for factors well outside their control.” Note the irony.

And a large part of that teaching is in a certain variety of soul searching: leaving behind attachment to our mistaken ways of doing things and not being afraid to reboot our efforts. After all, if it is the anxiety of insecurity that tempts us to seek control, we can better allow letting go if we remember philosopher Allan Watts’ advice, “When you try to stay on the surface of the water, you sink; but when you try to sink, you float.”